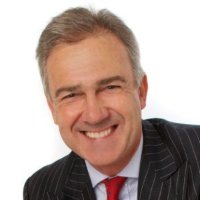 Martin has over 33 years’ military experience in the maritime and land environments, including work in

conflict zones from Nigeria to Afghanistan, the Gulf of Guinea, the Indian Ocean, the Arabian Gulf and the

senior liaison officer in Pakistan for the NATO Chief in Afghanistan (2008/09), and Chief of Staff to the

He has five years’ commercial experience in the security and defence industries. He is staff trained and has

worked from the tactical to the strategic level in joint operational commands. He is willing and able to

travel and most areas are in bounds for in-country studies or assessments. He has a number of associates

on which he can call to provide specialist advice.

Post Gulf War 2 he was appointed an OBE in the Operational Honours List. He speaks good French and